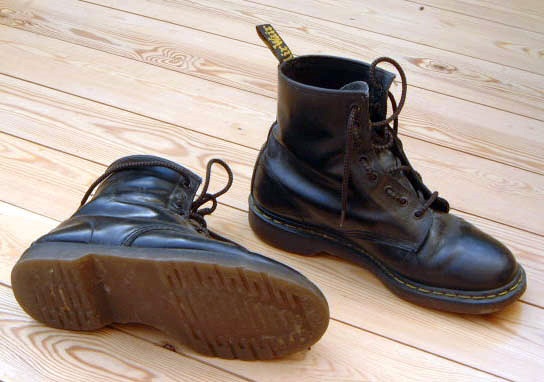 You have a great idea, and you are so sure it will succeed that you decide to move ahead with a business plan, a prototype, and funding – the whole shebang!

Two of these steps are within your control: you can write a business plan, and you can plow ahead with a first prototype. Funding, on the other hand, can be a very elusive piece to the puzzle.

What it really means to bootstrap

Bootstrapping is just another term for self-funding; you make the commitment to use your own funds, and perhaps those of your partners, to grow your business. You can use cash on hand, savings, or credit to get the ball rolling, but it can be a scary venture. Bootstrapping could mean emptying a rainy-day fund, maxing out your credit cards, passing up a new home purchase, or working long hours beyond your day job.

Bootstrapping is sacrifice, so you have to be passionate about your product, ramp up your work ethic, and see the right economic opportunity for what you plan to bring to market.

Every early growth stage company needs a cash infusion, and most will rely on some form of self-funding. Even investors want to know if you’re willing to “put some skin in the game” before they follow suit.

Your investment might be a few thousand dollars to purchase materials and advertising, or you might have to ante up tens of thousands of dollars. Either way, you need to believe in what you’re your building, because if you don’t, no one else will.

Plenty of household-name companies have made it big because they were willing to bootstrap it first. Ever heard of Indeed, Envato, MailChimp, or TechCrunch? Each of these startups rode a rising star that led from their own pocket to a multi-million-dollar company.

Indeed.com, a worldwide job search engine, was launched in 2004. By 2010, it surpassed Monster.com to become the highest-traffic job website in the U.S. By July 2015, Indeed had generated more than $300 million in revenue, a nearly 60% increase over the previous year.

Envato has continually dissed venture capitalists, choosing instead to maintain their status as a bootstrapped company. (Envato comprises a group of digital marketplaces that sell assets to designers.) In 2006, the founders raised $90,000, partly by taking on after-hour freelance jobs and working out of a family garage. By 2015, their revenue had reached $50 million.

MailChimp founders went into action in 2000 after becoming victims of corporate layoffs. Instead of yearning for nothing more than growth, the owners set the standard of spending less and maintaining their core focus. By 2015, MailChimp had neared $400 million in revenue.

TechCrunch founders found success in building one of the most-read tech websites. They followed a bit different path than Envato and MailChimp, choosing to ride their success in bootstrapping through to a lucrative, $30 million sale to AOL in 2010.

Still not convinced? How about Spanx, Craigslist, GoPro, Nasty Gal, and Bob Evans? The list of bootstrapped companies goes on.

The upsides to bootstrapping

If you want to maintain ownership and full control of your company, bootstrapping is a possibility worth considering. You will never have to bow to the voices of investors. As one of Envato’s founders commented, “If we had a bunch of investors looking for a good return in a couple of years, there’s no way we could have raised our commission rates, which we’ve done three or four times now. We’ve done that because philosophically we believe our users should be earning a higher percentage of what they make and also because long term, we live and die by our community.”

In the end, what really matters is whether you can make a go of it, bring your product to market, and turn a profit. If you are successful, wouldn’t it be nice to say, “I did this all on my own.”

The downsides of bootstrapping

The easiest-to-recognize risk is that you could lose every penny of your investment. Just like that, your savings could slip away, and your credit cards could remain maxed out.

When you bootstrap, you’re also giving up the power of a larger network. Let’s face it: bootstrapping won’t earn you the same cash infusion and overnight success as approval from the Sharks might.

Chances are, though, if risks scare you, you wouldn’t be jumping into the entrepreneurial circle in the first place.

What the experts say

Bootstrapping might not be the fastest track, but it could be the wisest.

Ben Kaufman, founder of manufacturing startup Quirky, as well as Mophie, maker of smartphone accessories, sums up the difference between bootstrapping and investors in a brash sort of way:  “In the eye of the public, and specifically the tech community, funding is thought to mean much more than it actually does… I’m continually disturbed, insecure, and uncomfortable about what it means to raise money, and what it means to boast about it.”

Am I a good fit for bootstrapping?

If you are an early stage company, you believe in what you are building, and you are willing to put some skin in the game, you are a candidate for bootstrapping.

What if I don’t have any money?

Bootstrapping isn’t always easy. Many founders work extra jobs, empty savings accounts, or max out credit cards. Assess how much you’re willing to sacrifice to achieve your vision before you ever begin.

Should I go into debt to grow my business?

Ultimately, only you can determine your risk tolerance, but a few scenarios could guide your decision: you and your partner have two incomes; you can get by on a measly income because you don’t have an obligation to support someone else; or you have a million-dollar idea that will provide a quick return.

Are there resources to help me decide?

Short answer: yes. Before you make a move on funding, invest a small amount in a financial analysis: What do you have, what do you need, and where will you get it. Paro provides companies of all sizes the benefit of on-demand financial services. We can help you determine whether you are in a position to fundraise, get a loan, or whether bootstrapping may be the best route to take for your business. Our free 30-minute consultation can help put you on the right track.