By now, most people are familiar with the reality of the gig economy and its implications for the future of work. But few know its origin story. There’s a popular misconception that Uber and Taskrabbit stepped onto the scene and, just like that, the gig economy was born. The real story is a little more nuanced. The history of the gig economy is not just a story of 21st-century technology, but also of shifting cultural norms and workforce values throughout the past century. One could argue that temporary staffing and on-demand work dates back as far as the Padrones of the 1800s, but the closest relative to the on-demand platforms of today were the staffing companies of the 1940s.

The Birth of the Staffing Industry

With the end of WWII came a huge gap in the labor pool. America’s supply of working-age men had dwindled significantly, leaving jobs in every sector underfilled. Staffing firms like Manpower and Kelly Services began recruiting women to fill clerical roles, contracting them out as on-demand secretaries for large companies. Because the idea of women in the workplace wasn’t readily accepted, staffing companies branded the jobs themselves as “women’s work,” taking a paternalistic role as liaison between women and the big bad workplace.

Before this time, the idea of a middleman between the worker and the job was heavily disdained due to the manipulative practices of Padrones and their offspring, private employment agencies. These agencies targeted immigrants and minorities, placing them in domestic jobs for a lofty fee. Staffing firms differentiated themselves from private agencies by centering their branding on white, middle-class housewives. Although a large portion of their business came from placing men in industrial roles, several of the companies went as far as to feminize their names for much of the 1950 and 60s. Kelly Services became Kelly Girl Services, Western Employers Service became Western Girl Inc., and Manpower called its workers White Glove Girls. They also differentiated themselves by charging the company, rather than charging the workers to be placed. Although modern marketplaces and freelance management systems use different technologies, the payment model, as well as the feminization of clerical work, owes directly to these 20th-century staffing firms.

By the 1970s, staffing firms had spent decades arguing that on-demand workers were better for business. With the Great Depression fading into the distance – and with it the sense of loyalty it cemented between employer and employee – the workforce was ready to hear their message. Globalization and deindustrialization brought with it a new “lean, mean” corporate structure, valuing short-term gains and stock prices over long-term company investments. Emphasis was placed on the work being done rather than the employees themselves. Under this context, the on-demand staffing world thrived. Staffing companies spread into nearly every industry, from industrial and maintenance work to elite corporate talent. As enterprises began to incorporate more and more independent contractors into their workforces, technology evolved to more efficiently manage the new blend of workers. And then came the internet.

The age of the internet-connected people on a dramatically larger scale than early brick and mortar staffing firms could ever have predicted. With increased access to independent talent came a boom in technological liaisons between the worker and the work. However, the technology itself is not the reason for the cultural shift away from permanent employment, despite its spotlight in the narrative. The gig economy as we know it today is the product of decades of shifting demand, compelling branding, and workforce mentality that, with the help of technology, is reinvigorating an emphasis on individuality and autonomy over our work.

Stay tuned for our next installment in The Shifting Workforce Landscape series to learn why industries are switching over to independent workers, and which ones are leading the charge. 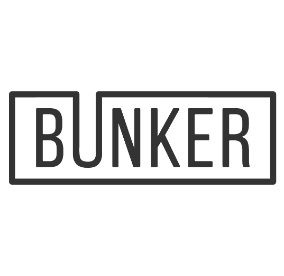 Bunker is a platform for small business insurance, focusing on insurance when it’s required by contract. Its unique insurance products give independent contracts unheard of terms and coverages so they can save money and rest easy knowing everyone is compliant. Learn more by visiting their website.